Concerns raised over safety in the halls 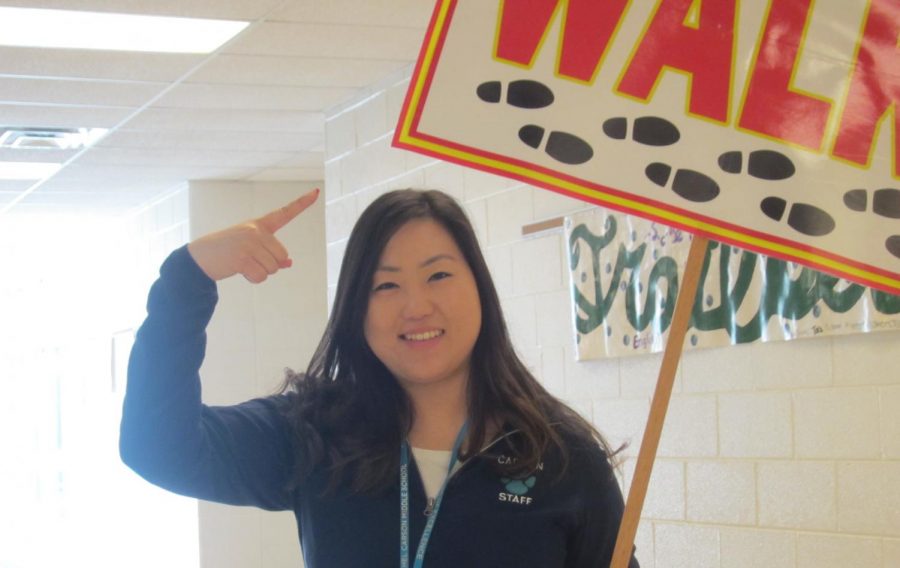 This fall, staff and students have been raising concerns over safety in the halls. Concerns include more students running to class, as well as students talking rather than moving and not paying attention to what is in front of them, causing accidents.

Safety in the halls in Rachel Carson is a very important thing that everyone should account for when going from class to class this year. This is because appropriate hallway behavior is essential if students are to be able to move safely and quickly between classes.

“It makes me nervous because my number one concern is that kids might get hurt,” said Ms. Christina Oh, vice principal.

“Students should not be in the halls talking because there are only 4 minutes between classes,” said Ms. Oh. “I think that it is because they are socializing that kids are running to class.”

There is also the problem of crowding. That is when a group of students block a hallway or locker triangles, which leads to students getting held up or stuck behind others and not being able to get to their lockers. To help stop crowding, students should try to remain to the right of the hallways while walking.

Students running to class have caused accident of students crashing into each other. Several students said others have run into them before. “Almost every day someone bumps or blocks my path,” one student said.

“Running in the halls has been a issue from the beginning of Rachel Carson,” said Mr. Moosa Shah, science teacher for the Trailblazers and one of the hall monitors.

“People have fallen over and some teachers have gotten hurt,” said Mr. Shah.

Some students slow down only when someone is watching.

“Doing the right means following the rules even when nobody’s around,” said Mr. Shah.

Phones are also something that should not be in the halls. Students looking at their phones in the hallway can bump into people, and they might get them and their phone hurt.

Students who disobey will suffer the consequences.

“I like to give warnings to students who run,” said Ms. Oh. “If I see repeat offenders, then I will have a talk with them, sometimes resulting in a lunch detention.”

There are only 4 minutes between classes, so students should use their time wisely.