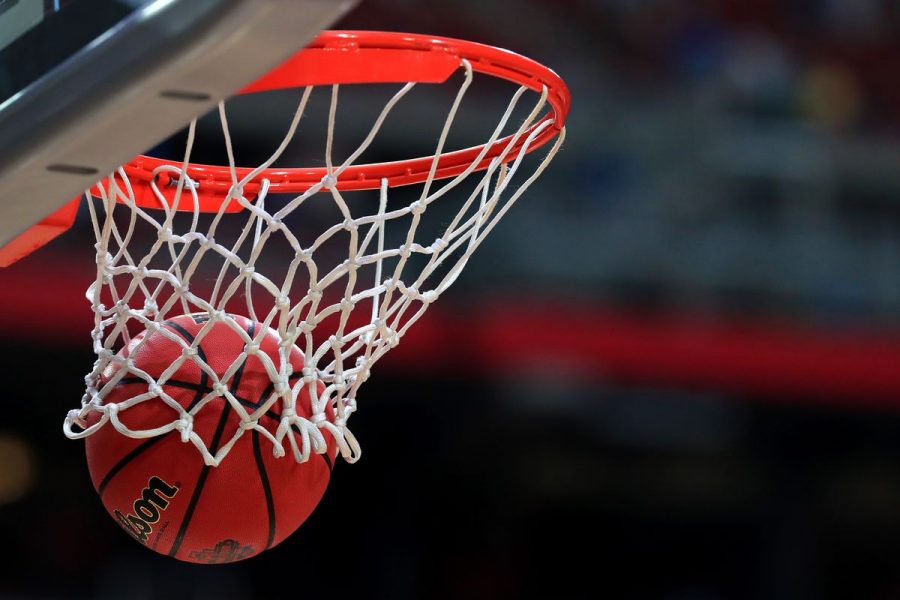 “We hit a lot of threes at the start, but it died down after a while,” said Tyler Andre, 13, of Legacy team and on the seventh-grade boys’ basketball team.

“It was loud and everybody was really supportive of both teams,” says Harshal Lobana, seventh-grader on the Trailblazers team. “There were more people from Rachel Carson, obviously,” she said.

In the last game of the night, the RCMS eighth-grade boys lost to the Lanier team in another close game.

All three of the Carson teams are coached by Ms. Stephanie Lohman, an RCMS physical education teacher. Each team consisted of 10 players who made the team following the tryouts on March 6.

Students who attended the game described the environment as “loud, very fun, and exciting.” Seliz Aktuglu, a seventh-grader on the Legacy team, commented, “The games were really interesting, and I would go again.”