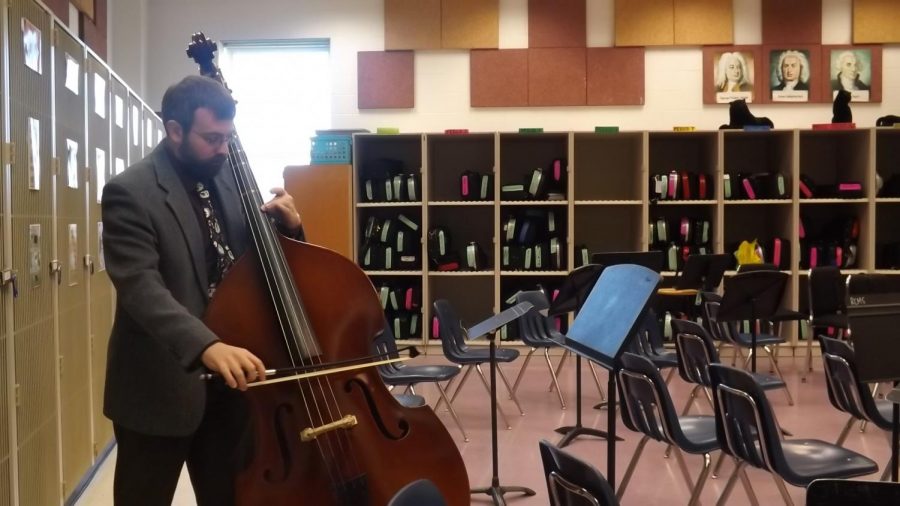 The orchestra concert for seventh-grade was held Dec. 3 at 7 p.m. at the RCMS gym.

“This concert is to show the parents the improvement we’ve made from sixth grade to seventh grade,” said Mr. Eric Renne, strings teacher at RCMS.

On the day of the show, all the strings students entered the gym, ready to perform.

“We had to wear a buttoned down white shirt, black pants, and a cumberbun,” said John Han, 12, on the Majestics team. “We also had to wear a bow, and black shoes and socks.”

One thing that was different this year was that half the gym was closed off, Mr. Renne said.

“When we first started playing our songs with half the gym closed off, it was a different sound than we were used to,” strings player John said after the concert. “But after a few measures, we got used to the different sounds we made.”

Mr. Renne and the strings students practiced for months leading up to the concert.

“Because it’s around the holidays we have sleigh ride songs and holiday songs,” said Mr. Renne. “We also have some songs that aren’t related to the holidays, such as a song about Vikings.”