RCMS administration require phones to be ‘Away for the day’

Students at RCMS are required to have all cell phone devices in their bag by the time they enter the building under a mandatory requirement known as “Away for the day.” 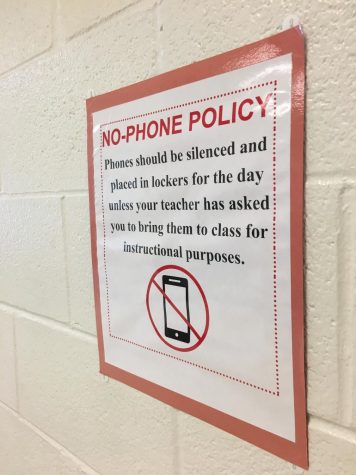 This compromise is where students may bring their phones along with them to school although they aren’t allowed to be used during school hours.

“Students are expected to power down their phone and leave them in their book bags for the school day,” RCMS Principal Gordon Stokes said.

Ms. Melissa Tochterman, Rachel Carson administrator, said, “There is no reason for students to be using their phones in school.”

Consequences for not obeying this policy involves phone calls home and parents needing to pick up students’ phones. Ms. Tochterman added that she would not like to take away students’ phone privileges, as she has a daughter of her own and is happy to receive updates regarding her location.

Mr. Stokes has come on the intercom talking about using laptops instead. According to Mr. Stokes’ message, RCMS students should be only using the FCPS provided laptops as a device. They can access all the technology they need for their classes on the laptops. By keeping phones away, this avoids negative distractions that are sometimes caused by cell phone use.