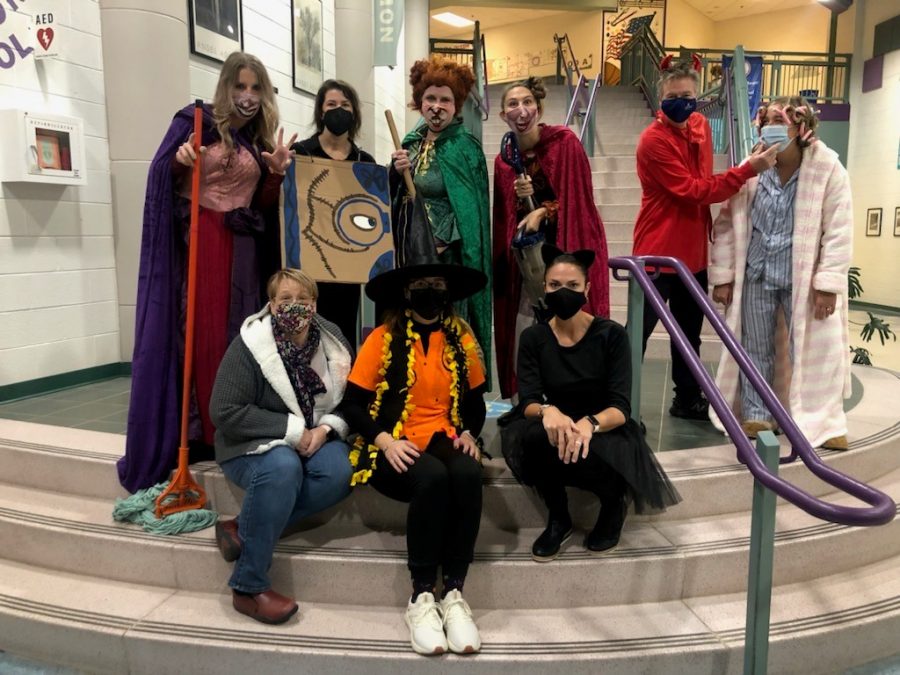 As Halloween of 2021 passed this year, excitement built up, especially because last year COVID-19 played a major role in deterring the annual holiday. For the past few years, Rachel Carson Middle School has had our own special event: a teacher costume contest. On Friday, October 29th, teachers dressed up as their team’s costume theme and had their pictures taken as a team. Elective/PE teachers were welcome to join in with their team as well. Following this, students had a chance to vote for their favorite team and teacher’s costumes.

This year, every team dressed up and posed for the camera. After the students’ votes were cast, it was revealed that the Legacy team won with 26% of the vote.

Mrs. Kelly Ross, an eighth-grade English teacher for the Voyagers, stated that the annual teacher costume contest was “a great way to show our silly sides and a little bit of joy.”

She went on to say that she enjoyed dressing up in costumes and that she hoped students would laugh and think it was funny.

However, another question was brought up: “Should students be allowed to dress up along with teachers?” Mrs. Ross replied, “I would love to see everyone’s costumes. However, I do think it’s a situation where one person not following the rules would ruin it for everyone else, so I understand why it’s not allowed.”

Neerav Narisetty, a seventh-grader in the Legacy Team, agreed.

When asked about whether students should be allowed to wear costumes to school, Neerav said, “No, because some students are impulsive and would wear inappropriate costumes.”

However, other thought that they should be allowed to dress up.

Aarav Jain said, “Why can teachers wear costumes and not students?”

Larry Wang, an eighth-grade Voyager, also didn’t like the rule. He said “I think it’s bad that we can’t dress up because students will be sad they can’t wear costumes to school. It would be a way for students to relax and have fun for once.”

Despite this, some teachers such as Mrs. Ross have concerns regarding student integrity, especially after the recent Devious Lick challenges that have taken place.

“I hope they will at least think about letting students wear costumes [in the future],” Neerav said, “but I would understand it if they do not.”