Inside the teenage mind 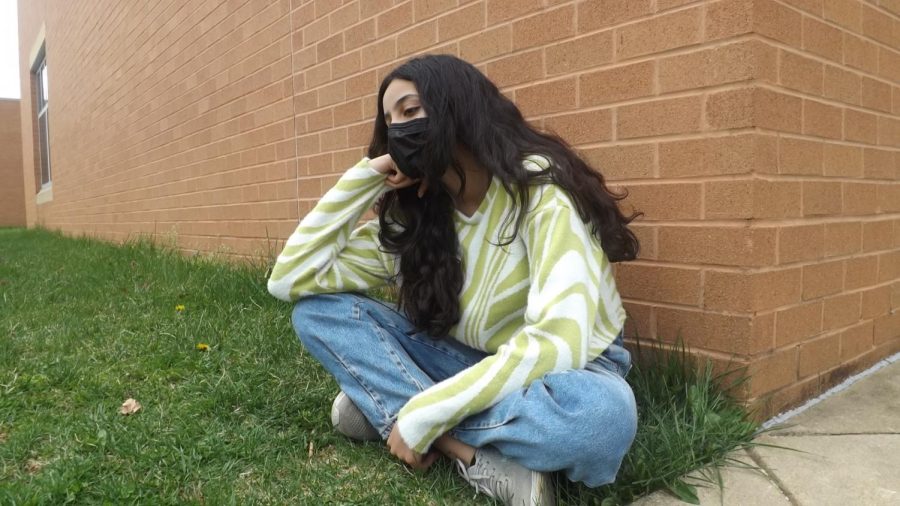 Laila Kebaish, seventh-grader on the All Stars team, thinking about her overwhelming feelings that she can't describe.

Teenagers are known to be moody and make impulsive decisions, but why? NPR says it was once believed that people thought that teenagers were just acting off of raging hormones and simply hated authority. However, according to a study done by Stanford Children’s Hospital, the mind isn’t fully developed until the age of 25.

From the ages of 11 to 24 people’s brains are still developing, affecting all of their decisions and actions.

Mrs. Melissa Peeples, RCMS school psychologist says, “Brains are still developing, you are more mature than you were in elementary school but less mature than an average adult.”

During this process, the decision-making and emotional parts of your brain are not up to speed. Therefore, teenagers tend to make decisions from the emotional part of their brain. This important piece of the brain is called the amygdala. This is why teens have overwhelming emotional input and why they can’t always explain how they are truly feeling.

In a recent survey taken place within RCMS, it was found that 75.7% out of 80 students had felt a mix of unexplainable emotions and couldn’t fully explain how they were feeling. Students say that they go through this feeling almost daily and believe that these feelings are just hormones.

RCMS has many resources to help students, yet almost 60% of students don’t go to see someone, even when they know they need help. When they do go to see someone like a psychologist, counselor, or social worker it is noticed that many teenagers have prominent health issues such as mental health problems, anxiety, and extreme peer pressure.

“Teenagers strive to be perfect and get good grades,” says Mrs. Courtney Krsmanovic, the school’s social worker. “Even the kids who seem perfect and have their life together, behind closed doors, you don’t know how they are feeling or what kind of stress they are going through.”

Teenagers are at an impressionable stage; their brain has a lot of plasticity, which means that it changes, adapts, and responds to its surroundings. According to the survey, 53.9% of students are aware that they change the way they act or dress based on other people’s opinions.

“Peer pressure is a huge factor in how I dress and act — my peers’ opinions on me shape me,” says Emma Davu, a seventh-grader on the Trailblazers team.

“I don’t want people to judge me based on my clothes or smile or whatnot,” says Maisie Smith-Zoh, a seventh-grader on the All-Stars team.

Teens can also learn more because of plasticity. Mrs. Peeples says, “Kids are easier to give suggestions to. It is easier for teens to accept them. Adults tend to be more set in their ways”

To cope and relieve stress, people have different techniques: Some people may smash something, draw, listen to music, doing things they enjoy. Counselors  like to make their room a safe place and make students feel comfortable by eating snacks, doing puzzles, and just making sure that students will feel safe. They don’t want students to feel uncomfortable or awkward.

Esther Ferrell, a counselor at RCMS says, “No one likes to sit and have someone staring at them.”

Although teens may be reckless or moody, they have a lot of time to grow and are not alone.

Ms. Ferrell says, “Middle school is such a time of tremendous growth, and watching teenagers grow and become themselves is one of the benefits of my job.“