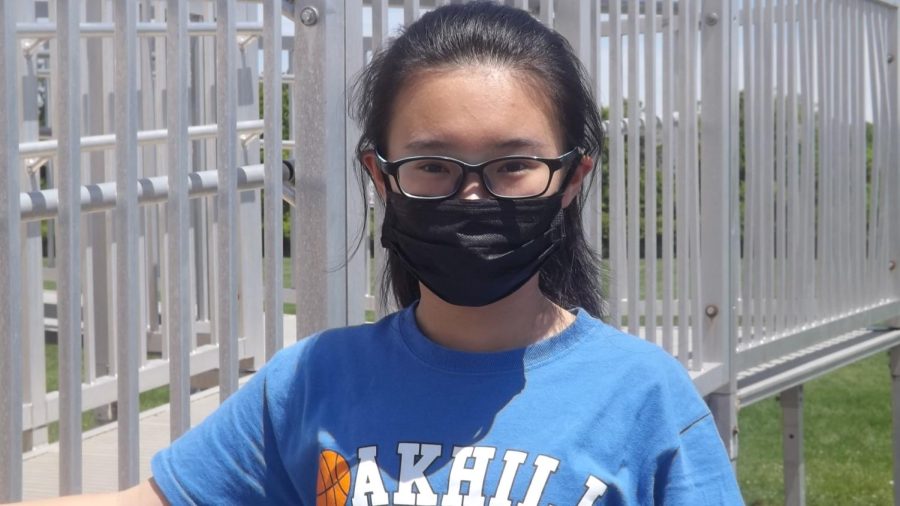 Chenxi Xu, an eight-grader on the Xtreme Team, said, “He (Elon Musk) has the ability to improve everything that he sets his mind to.” But she also adds that Elon Musk “might change the initial purpose of Twitter.”

Mr. Musk tweeted on Twitter that he was placing the deal on hold on May 13, along with a message analyzing the number of fake and spam accounts on this social platform.

On April 14, 2022, Elon Musk proposed his deal to buy Twitter for $44 billion to the Twitter’s board of directors. The deal was then agreed to on April 25. Sources told CNBC’s David Faber that Mr. Musk is expected to serve as the temporary CEO of Twitter for a few months after he completes his takeover of the social media company.

Twitter is a major social media platform, with up to 200 million users.

“Free speech is the bedrock of a functioning democracy,” said Elon Musk, the CEO of Tesla and SpaceX, “and Twitter is the digital town square where matters vital to the future of humanity are debated.”

Many people are surprised by this proposition coming from Elon Musk, as they weren’t expecting it.

Ms. Eleanor Donlen, an eighth-grade Civics teacher on the Voyagers team, was confounded with the event of the purchase.

“I didn’t think it was going to happen when it was first reported, but then it did!” said Ms. Donlen, “I know he’s thinking of charging companies and businesses for profiles similar to what Instagram does.”

Ms. Donlen believes that all social media platforms should be about the first amendment, as long as people say what’s appropriate. For example, she says that things that are offensive against groups are something that can’t be accepted. Ms. Donlen wants to clarify that there should be clear regulations about what is acceptable and what is not acceptable.

“I hope Mr. Musk is consistent with the guidelines of acceptable use of Twitter. I don’t want him to pick and choose who gets to be on the platform and who doesn’t based on opinions and beliefs.”

Elon Musk rose to the stage as a billionaire with the ownership of Tesla and SpaceX, and was once a co-founder of X.com until it merged with Confinity Inc. This merged company changed its name to something that more people are familiar with today, known as PayPal. He holds large amounts of shares and stocks, and is an investor for various companies.

Mr. William Darr, a seventh-grade History teacher on the Champions team, is uncertain whether Elon Musk should have control or not.

“His ownership is so criticized, it’s so difficult to get good information about what his intentions are,” said Mr. Darr. “I am concerned about any person having this much power and influence, but Musk made the purchase fairly. ”

Mr. Darr did include that he would be open to new changes.

John Rieckewald, an eighth grader on the Xtreme Team, thinks that Elon Musk did buy Twitter to improve it.

“I think that could be a major reason he bought Twitter, given the polls to his followers before he bought the company,” said John. “From what it seems, he’s out to ensure free speech and good moderation on the platform.”

He also adds that though Elon Musk has done suspicious things in the past, his improvements will be beneficial to Twitter.

“It’s likely that Musk doesn’t have malicious intent with this purchase in my opinion, though he has done some “shady” things in the past.”

He claims that Mr. Musk played an interesting move, adding on a past experience as a factor.

“I think it’s an interesting move. Musk has been known to be very outlandish when it comes to his business decisions, once even calling the Russian government to order a ballistic missile (without the nuke) to start off his SpaceX company.”

Though many middle schoolers don’t use Twitter, some are still interested about the new updates going on related to Twitter, such as Anvitaa Rudharraju, a seventh grader on the Champions team.

“I don’t use Twitter at all, but from other platforms I have used, I’ve learnt that changes are bound to happen,” said Anvitaa, “sometimes it is frustrating and sometimes it is beneficial. As time goes on people will get used to it, so I don’t see it as a major problem.”

Mr. Musk has a huge interest on Twitter, and this can be inferred by the 80-90 million followers he has. His tweets are not always causing negative impacts, but sometimes they’re considered controversial, or sometimes disastrous. The U.S. Securities and Exchange Commission (SEC), banned Mr. Musk from tweeting about Tesla affairs after one of his tweets related to this matter caused a $14 billion decrease in the share price. He was also sued for slandering.

John says that Elon Musk made several surveys on the Twitter deal, to gather the overall judgment.

“He made certain polls on his Twitter account asking his audience about Twitter that have connections to his promises, and might have even been the deciding factor of which he made the $44 billion deal.”
Improvements and Ideas related to Twitter
One of the main reasons related to Twitter’s agreement with Mr. Musk’s deal is because Twitter has been encountering a rapid growth of its rivals.

Mr. Musk says that he wants to improve Twitter, by doing things such as lowering content restriction. He also wants to see Twitter implement its “extraordinary potential”, as he says. When asked, Elon Musk says that he bought Twitter to make it better, which is for everyone’s good. He wants to make it a trusty and “broadly inclusive” social-media platform.

“I do think for a company and platform like Twitter, that is a right thing, but there should be transparent rules about how and why people are banned,” said Mr. Darr.

A person from All Stars, who chose to remain anonymous, says that the content restriction in Twitter isn’t that bad.

“Twitter’s restriction isn’t THAT strict, so loosening it up even more might be a horrible decision.”

“I also want to make Twitter better than ever by enhancing the product with new features, making the algorithms open source to increase trust, defeating the spam bots, and authenticating all humans,” said Mr. Musk.

And, the interaction between people in society is not in anyone’s hands.

“The problem is that the way people interact with each other is beyond his power,” says Mr. Darr.
Did the purchase happen?
It’s been weeks since Elon Musk proposed his deal, but officially, Elon Musk is not the CEO of Twitter, as he put a hold to this deal on May 13, 2022, meaning, the final procedures haven’t happened. Tweeting the hold, Mr. Musk also added, “Twitter deal temporarily on hold pending details supporting calculation that spam/fake accounts do indeed represent less than 5% of users.”

In this time, Mr. Musk has gotten into problems again on Twitter, by criticizing Twitter executives Ms. Vijaya Gadde and Mr. Jim Baker in the form of tweets. Because of his tweets, people started posting abusive comments as well.

Mr. Dick Costolo, who was Twitter’s chief executive, tweeted to defend the Twitter executives.
The Future
It’s possible that Mr. Musk might want to buy or invest in another massive company, as he has been doing. But as Ms. Donlen said, Mr. Musk can’t buy a similar company, due to the federal trade commission, to prevent monopolies.

John adds that Twitter’s status after a year could affect Elon Musk’s choice to buy another company.

“I think it all depends on how Twitter does during the next year. A comparison between March 2022 and March 2023 in terms of Twitters’ profit, user count, and public opinion would probably be needed in order to see if Musk has the the strengths necessary to bring other social media platforms out of stagnation.”

Some consider Elon Musk dominating, while others, like Chenxi Xu, an eighth grader on the Xtreme Team, don’t contemplate him as the one who has control.

“I don’t think Elon Musk is overpowering because he likes trying new things, just like I do too.”

Chenxi thinks that it makes more sense to buy minor companies, instead of tech companies. She also thinks that Mr. Musk has too much stuff in his life.

“He needs to focus on SpaceX right now because space is like one of the most important areas in science and technology. Buying Twitter could use up part of his time.”

Buying a major company such as Twitter can mean improvements, changes, problems, and solutions. Some believe that Elon Musk could be aiming for something else beside improvements in Twitter.

“Elon Musk would definitely find ways to improve it, but I find that some of his ideas are problematic. For example, free speech without any restrictions is a major problem.” said Anvitaa. “To me personally, I sometimes feel Musk is driven towards money and/or control/power.”

Anonymous person from All Stars said, “I think he is doing the right thing because Twitter is kind of out of control and he is not restricting everything, only the stuff that needs to be restricted, which is good.”

John agrees that Twitter has many issues that need to be focused on.

“ There are many large problems on Twitter and other social media platforms in terms of blurred lines in the Terms Of Service (TOS) and inconsistent punishment for certain actions,” said John. “We can only hope that Mr. Musk will fulfill his promises and make Twitter a more understandable platform for its users, as well as a less toxic environment for many people.”

Mr. Darr says, “Whenever an important argument about civil liberties is in the media, people in general, should challenge themselves to go beyond their sources they normally go to.”